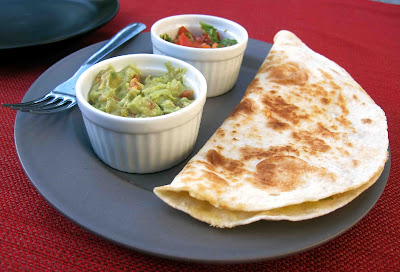 .
I wanted to know the best way to make tortillas so I went to Margaret Flores, my colleague, who spent years living in Mexico and married into a Mexican family. She told me:

“All sorts of variations on the tortilla appear in recipe books but most of them are local inventions and are not how they are eaten in Mexico. For instance they would never add lettuce to a tortilla filling.”

In New Zealand she often uses flour tortillas. “Flour tortillas are a staple in Northern Mexico. In other parts of the country they use corn tortillas which are smaller. These are difficult to find in New Zealand. The packet ones from the supermarket taste dry.

When I can find the time I occasionally make them myself with maseca which can be ordered from Mexifoods in Christchurch. They also stock a range of salsas and other Mexican food.” Her advice is to buy the Woolworths Home brand flour tortillas. Each packet contains 15 tortillas and they are the cheapest and best. “

In Mexico alongside the tortilla there will always be a sauce “Chilies are usually used in a sauce. But Mexican food does not have to be hot. There are many different kinds of chilies. It’s not how hot they are but their different flavours which interests Mexican cooks. A dish may have eight different kinds of chilies to give the desired complexity of flavours. Some sauces in Mexico are cooked while others are raw.

And in Mexico they would use white onions. Our brown onions are perfectly adequate but they do have a stronger taste. “ For a really quick snack her suggestion is to follow three easy steps to create a quesadilla

Fill: Put grated cheese on half of each tortilla. (For a variation you can also add ham.)Then fold it over.
Heat: In Mexico a tortilla is always warmed. Slide it into in a warmed fry pan, and when heated through on one side flip it over and warm the other side. Or you can use a George Foreman Grill to toast it.
Eat with a Sauce:

Salsa Cruda:
• Mix together some chopped tomatoes, a little chopped onion, a green chili and some chopped coriander and some lemon juice. Season with salt.

Once kids have mastered the basic tortilla they may well like to try their hand at a sincronizada. For this a flour tortilla is left unfolded. Fry some chopped bacon and onion. Mash a tin of borlotti beans. Mix the bacon and onion into this. This is a simplified way of making refried beans. Spread some of this mixture on the tortilla. Add a slice of ham, some grated cheese and a little chili. A second tortilla is then placed on top. Lift the sincronizada into a warmed heavy bottomed fry pan. (Not too hot or it will burn). No need to add oil. When heated on one side flip it over and warm the other.

We tried both the tortillas and the sincronizada. They were a cinch to make and the kids loved the combination of savoury ham and melted cheese. The bacon and onion perked up the bland flavour of the beans. And they happily ate the salsa cruda and guacamole alongside except for the five year old. She turned up her nose and insisted on good old Wattie’s tomato sauce alongside. Margaret is philosophical about the fact that not all little kids will appreciate a freshly made salsa cruda and would rather squeeze some tomato sauce out of a bottle. She thinks they’ll get over it and their appreciation of Mexican Cuisine will hopefully develop over time.
Posted by Shoot and Eat at 10:32