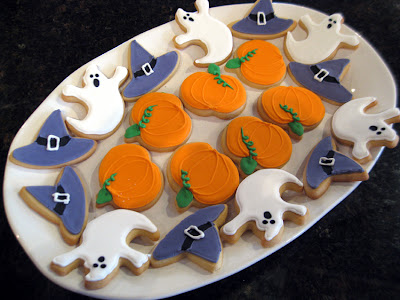 Whiz together in food processor butter, icing sugar and vanilla until smooth
Add flour and egg and pulse until just mixed to dough
Wrap in glad wrap and chill for ½ hour.
Roll out on floured bench to about ¼ inch thick.
Cut into shapes and place on baking sheet lined with baking paper
Bake at 180C for 10 – 12 minutes or until lightly golden
Cool on cake rack.
For chocolate cookies substitute ¼ cup cocoa powder for ¼ cup flour.
You could also add lemon zest, spices or chocolate chips.

Colour flow Icing
Ingredients
500g icing sugar, sifted
2Tbsp Color flow (available from Milly’s Kitchen Shop)
⅓c luke warm water
Make sure all of your utensils are thoroughly cleaned before you start. Any traces of fat will affect the icing.
Using an electric mixer and flat paddle, blend all ingredients on low speed for 7 minutes. If using a hand-held mixer, you may need to use a higher speed. When your icing is finished it should look a lot like meringue.
Color flow icing “crusts” quickly, so keep it covered with a damp cloth while using.
Decorating
Ingredients
One recipe of Color flow (full strength)
Gel colours – to colour the icing
Wilton decorating Tip 3 for outlining the cookie.
Piping bag – I use parchment bags as they can be cut in half to make smaller bags - cost effective. You have more control with less icing helping to outline easier.

Put the tip 3 into the end of your piping bag. Add icing.
Squeeze the piping bag as you move around the cookie. Outline all cookies.
Thin icing down by adding a little water, until a drop of icing merges in on its self by the count of ten.
Spoon this thinned down icing into a new piping bag (no Tip needed in the bag).
Snip the end of the bag and gently squeeze while moving the bag back and forth to flood the inside of the outline.
To add contrast colour – use thinned colour and drop into wet icing for a smooth finish.
Leave the cookies for several hours or until the icing is dry and hard.
These are a great gift idea. Package cookies in the cellophane bag with a twist tie.

Milly’s Kitchen Shop stocks the American “Wilton” range of icing and decorating equipment. They have a great range of Halloween cookie cutters, cupcake cases, cupcake stands, cellophane gift bags, icing colours – concentrated gels to colour your own icing, ready to use icing in tubes, sprinkles, chocolate moulds and lots more. Their website is http://www.millyskitchen.co.nz/
This recipe first appeared on the TV3 website when I was their resident foodie.Kirsten from Milly's  kindly provided the information on how to make Halloween cookies: The feature follows:
When I dropped into Milly’s kitchenware shop on Ponsonby road last week Kirsten was making Halloween cookies in their demonstration kitchen. It was fascinating to see how effortlessly she first outlined the pumpkin shaped cookies and then flooded the inside with brightly coloured orange icing. Lastly, in a few confident strokes, she added green stalks attached to curly vines.

It all looked deceptively simple, but you would have to put in some practice to reach her level of perfection. She encouraged me to give it a try and was more than happy to explain everything in detail. And there’s time, as Halloween is still a couple of weeks away.

In the middle of Millys there was a great Halloween display. I especially liked the creepy little sugar bats and spiders, the cookie cutters for cats, ghosts and pumpkins, and the molds for skulls and eyeballs! Enough to send shivers down anyone’s spines!

On October 31 there will be quite a few kids in our neighbourhood getting dressed up in costumes and knocking on people’s doors playing tricks and treats, and hoping for sweets.

So what’s it all about? Although it is a secular festival today, Halloween has its roots in the ancient Celtic Festival of Samhain and later became associated with the Christian holy day of All Saints. Irish immigrants took the festival with them to America where they went to make a new life for themselves after the Great Famine of 1846.

The festival did not take off in a big way in the USA until the early 20th century. American kids first began to get into costumes and going from door to door to Trick or Treat in the 1920’s.

It’s a bit of a puzzle why our Irish and Scottish immigrants did not bring this festival with them during colonial times but it’s well and truly here now!

There are parents and kids who love to party at Halloween. They can’t wait to get into their costumes, to trick and treat and thoroughly enjoy the occasion.

Others decry New Zealanders joining in a festival which has become highly commercialised in America. People there will spend between 5 and 6 billion on Halloween this year, which is a huge amount of money, especially during a recession.
There’s also the safety factor. Crossing roads in the dark can be a hazard and letting kids go unaccompanied poses further risks, so hopefully parents will go with their kids.
At Milly’s they suggest a neighbourhood party as a safer way for children to enjoy Halloween. It’s also a great way to get to know the people in our neighbourhood.
We plan to keep Halloween simple this year. I’ll put a big pot of pumpkin soup on the stove, and make toasted cheese sandwiches to go alongside. And some of Kirsten’s special Halloween biscuits would be a special after dinner treat.

Then, when it’s dark we can light a candle in a carved Jack-o-lantern and retell the Irish legend of Stingy Jack. He got up the devil’s nose for trapping him in a tree and carving a cross into the trunk. The devil’s revenge was to make Jack forever wander the earth at night carrying only a lantern to light his way.

After that we could make up our own spooky stories, or watch a horror movie. And if we are really lucky we might even be able to lay our hands on an old record player and find an LP of one of Disney’s Halloween albums such as “The Haunted Mansion or The Legend of Sleepy Hollow which contains the creepy song of “The Headless Horseman.”