You're Never Too Old to Cook 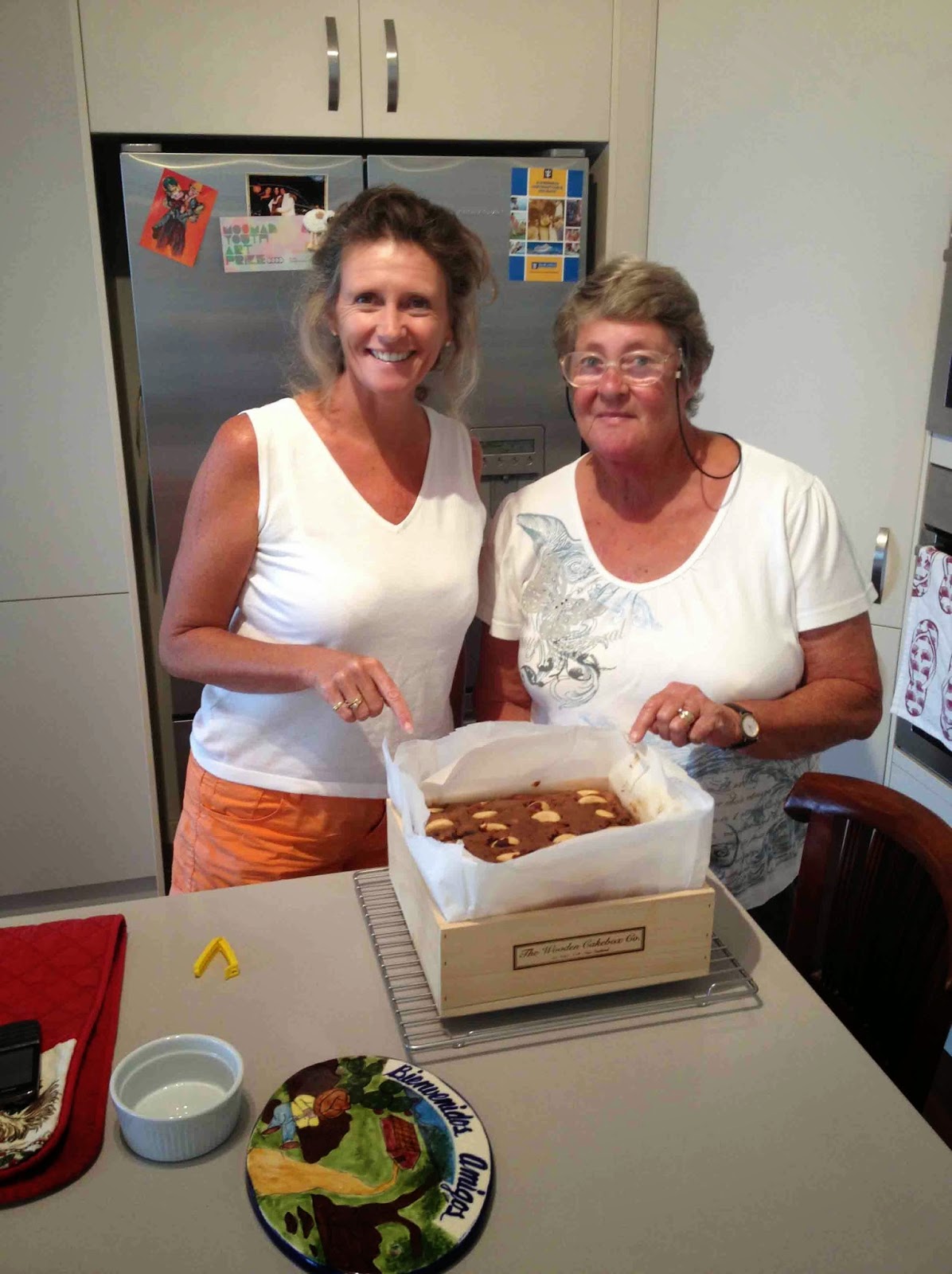 Sue Rattray really loves her life at the Waiheke Retirement Village. She has always been a great cook and feels strongly that elderly people should carry on cooking their own meals
Sue
“You can’t make them do it. But you can encourage them," she says.
Elderly people have grown up in times when meals were simple and made from a few basic ingredients .They have had plenty of experience and will remember how to do them. Or they probably have a few old recipe books tucked away without fancy pictures but with easy recipes that work.
As they browse through them they are likely to come across a favourite recipe they haven’t made in donkeys years. Or it may bring back happy memories of meals around the family table.”
Cooking your own meals from scratch keeps you healthy as well.
“Go for plenty of vegetables, and red meat at least twice a week to keep up your iron levels,” is her advice.” And don’t eat too much white bread.”
Not all the residents at her retirement village eat a balanced diet.
“It’s a worry that one of the old men lives on sausages and a packet of mixed veg from the supermarket. He can’t be bothered peeling a potato but you can just scrub and boil/microwave it. And one guy has ½ loaf of white bread with jam and lashings of butter for pudding every night.”
“It’s a shame because you only need very basic ingredients to make a meal which is full of protein. For instance you can easily make a poached egg on toast with baked beans. Or a poached egg with a tomato, one big slice of ham and a bit of salad will do. And for dessert a lot of oldies love jelly and that’s no trouble to make.”
The thought of doing a pile of dishes can be off-putting for elderly people who don’t like to stand for a long time. Here the microwave comes in handy. For instance you can put broccoli florets, salt and a little water in a microwave safe bowl, cover it with glad wrap or a plate. Zap it for a few minutes and its ready. You can eat it straight out of the bowl.
She does know from her own experience that there are times when you can feel overtired, lonely or a bit down and then it’s difficult to motivate yourself to cook.
“On those days just make a really good sandwich for yourself, ideally on wholegrain bread. Add some fresh fruit for dessert and maybe some ice cream.” she says
Being sociable is important .It’s pleasurable to share a meal with others, not every night, but maybe once a week.
“Ring an old friend who can still drive and ask them over. Or arrange to have a shared lunch. And bring back bring back potluck dinners! They used to be all the rage,” she says.
Having a small kitchen need not stop old people from cooking. You don’t need much equipment. Just a few basics including  a microwave, a small fridge freezer, 1 large pot and some smaller ones, a set of bowls, a few tools including a potato masher and wooden spoons, and maybe a rice cooker.
You also need plenty of small plastic containers for freezing left over food and make ahead meals.
For the Waiheke Retirement Village residents it’s only 600 metres to the supermarket in the bustling township of Ostend. You can get fresh ingredients as well as frozen meals from the supermarket.  The local RSA do frozen meals but don’t deliver so you have to go there to buy them.
But lots of old people don’t feel up to going to the shops every day to buy their groceries. The way round this is to plan ahead and buy enough food to last for several days and to cook larger quantities. Then divide them into smaller portions and freeze so that you have several meals at the ready.
Growing your own vegetables is also a good idea. Even if you have only a tiny outside space there will be room for a couple of pots to grow a few little vegetables like a bit of spinach and herbs. Everyone needs parsley and mint. It’s exciting to watch them grow.
Two of her friends at the village love broad beans and have several pot sized buckets on the deck. If you pick them really young you don’t need to soak or peel them.
Waiheke also has community gardens. If you work for 1 hour /week you can help yourself when the produce is ready.
When two old friends who love to cook get talking there’s usually an exchange of good recipes .Over a cup of tea out on our deck Sue shared some tried and true dishes with me that she often cooks for herself and that elderly people can easily make.

Use sheets of puff pastry for this. Cut into squares and put into muffin tins. Add a mixture of beaten eggs, bacon/ham/ cheese, parsley and spring onion.
Bake for about 15-20 minutes at 200 degrees C.
Serve with a salad alongside

Buy 500g mince. Add some crushed garlic, a chopped onion, some herbs, and salt and pepper. Roll into balls. Beat an egg and dip the meatballs in it then roll in some flour.
Fry briefly in a little oil in a frying pan (just enough to brown). Add some chopped flavoured tomatoes (any flavour will do, tomatoes with basil are good)
At this stage you can also add some chopped vegetables). Simmer until both the meatballs and vegetables are done.
Serve on top of spaghetti or with mashed potatoes and vegetables.
A roast dinner for one is not hard to do!
Bake one lamb shank in a roasting dish/ an oven bag.  Cut potatoes into small pieces and roast alongside.


Cauliflower Cheese with a Weet-Bix topping

Steam the cauliflower. Mix with cheese sauce. Put in an oven dish and cover with a mixture of crushed Weet-Bix and grated cheese. Grill until the topping is nice and brown

Peel, chop and boil some pumpkin in water until tender.
Put the pan in the sink and let the pumpkin cool a little
Mash it with a fork/potato masher. It doesn’t have to be perfectly smooth, a little lumpy is fine.
Thin with some chicken stock and add a little curry powder. Then reheat.

Sue used to buy a bacon hock but for older people to lift this out of the pot while it’s hot and to skin it can be difficult.
Now she buys boiling bacon which has no bones or fat (you may have to ask your butcher for this, he will be able to sell you some.)
Cook the boiling bacon in the pressure cooker or cover it with water and give it a long simmer in a saucepan until it is tender.
Lift the boiling bacon out and shred the meat.  Put the meat back into the pot with the following:
3 big carrots (grated)
3-4 stalks of celery (chopped)
2 large leeks chopped (white up to light green parts)
Some of the tender celery leaves (chopped)
Pearl barley (a handful)
2 Oxo cubes
Salt and pepper to taste
Boil until the vegetables are tender. No need to mash.
Any leftovers can be kept in the fridge for a few days.

I wrote this article for the GrownUps website ( September 2014)
http://www.grownups.co.nz/read/living/our_people/cooking-how-elderly-people-can-keep-on-doing-it
Posted by Shoot and Eat at 11:06