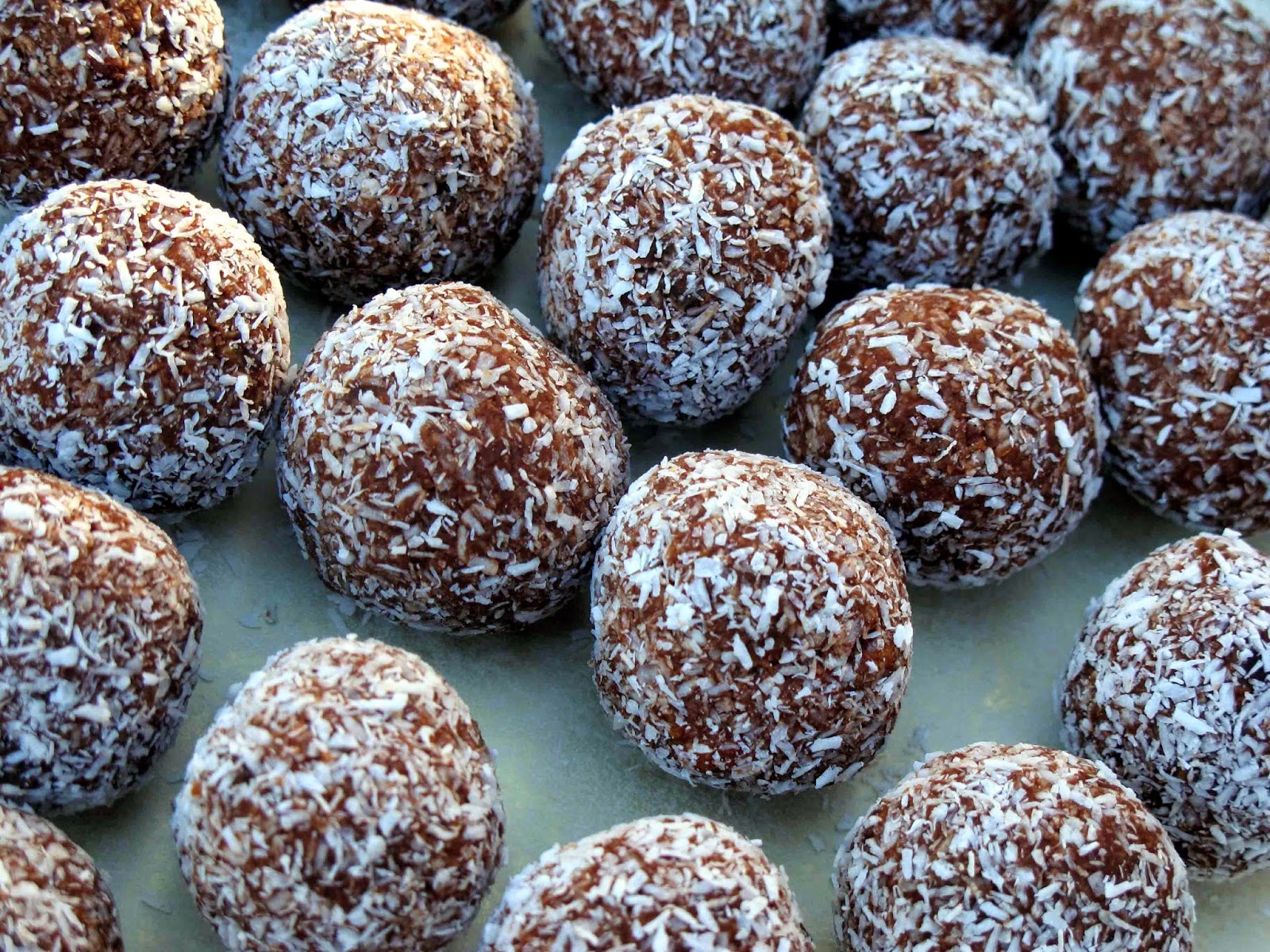 The new Trade Aid Chocolate Sauce (which comes in a large 500ml recyclable glass bottle) is handy to keep in the fridge, especially over the coming festive season. It makes an instant dessert when poured over ice-cream .

You may have to stand it briefly in hot water before using if it is too thick to pour easily but that only takes a minute.

Or in the hot summer weather it may pour quite freely if you bring it out of the fridge for a few minutes and shake it.

This Trade Aid Chocolate Sauce as well as being Fair Trade, it is also organic, gluten free, vegan friendly and New Zealand made. The ingredients are Fair Trade organic sugar from Paraguay, NZ water, Fair Trade organic cocoa from the Dominican Republic and citric acid

I had fun creating some other sweet treats with it which I'll share. It's good to discover such a versatile sauce which can be used to flavour ice-cream, be turned into a mousse or chocolate coconut truffles.

Break the gingernuts into pieces and then whizz until the crumbs are finely ground in a food processor. Keep aside.
Next chop the raisins in the food processor/by hand into smaller pieces.
Put all the ingredients into the food processor and whizz together, The mixture will still be moist but should be able to rolled into balls .Run your hands under a cold tap from time to time .This will make rolling easier.
Cover the base of a tray with dessicated coconut and roll  the truffles in this to coat.
Put in the fridge to harden for a while.
These will also keep for ages in the freezer so good for Christmas entertaining.

Variations: You could use half malt biscuits and half gingernuts. Or replace some of the raisins with chopped apricots. Play with this recipe and adjust to your own taste. 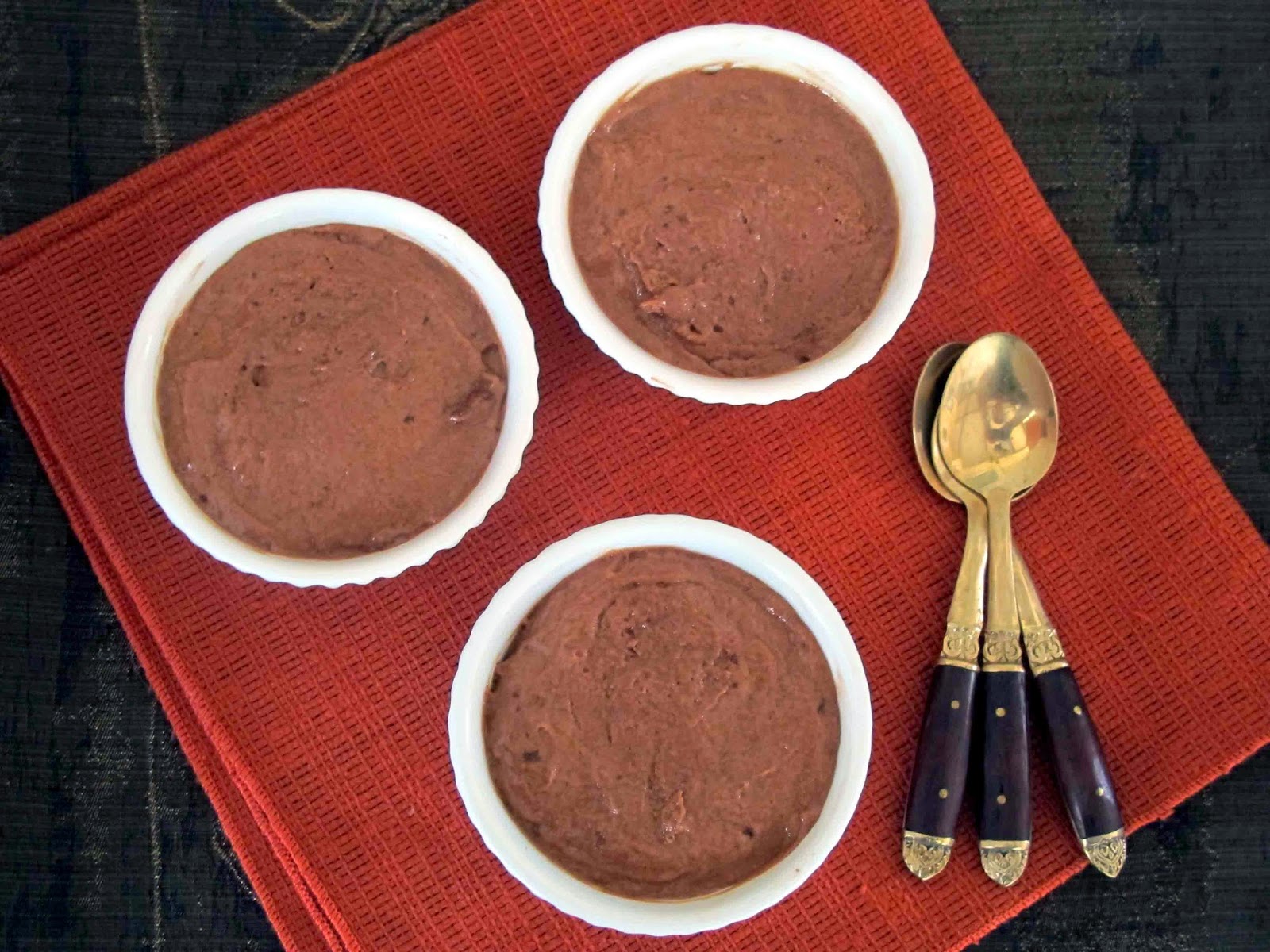 I always keep a few well ripened bananas in the freezer to make banana cake/muffins/ice-cream. I used one to make this Chocolate Banana Mousse. It sets instantly so it can be a very fast dessert for unexpected visitors or those times when you just crave a sweet dessert.

Sprinkle gelatin granules over the surface of the cold water  and give them a goodd stir.
Let stand for 5 to 10 minutes.
Warm the chocolate sauce by standing the bottle in a bowl of hot water until it is a runny liquid.
Add the warmed chocolate sauce to the gelatine,  stirring until the gelatine is dissolved.
To verify the granules are melted, lift the stirring utensil and make certain that there are no undissolved granules clinging to it ( If so you may have to heat the mixture gently until they are)
Put the chocolate sauce mixed with the gelatine into  a food processor.
Add the chopped frozen banana and the cup of icecream and whizz until the mixture is the consistency of thick cream. This may take a minute or so.
Scrape the mousse into little pots 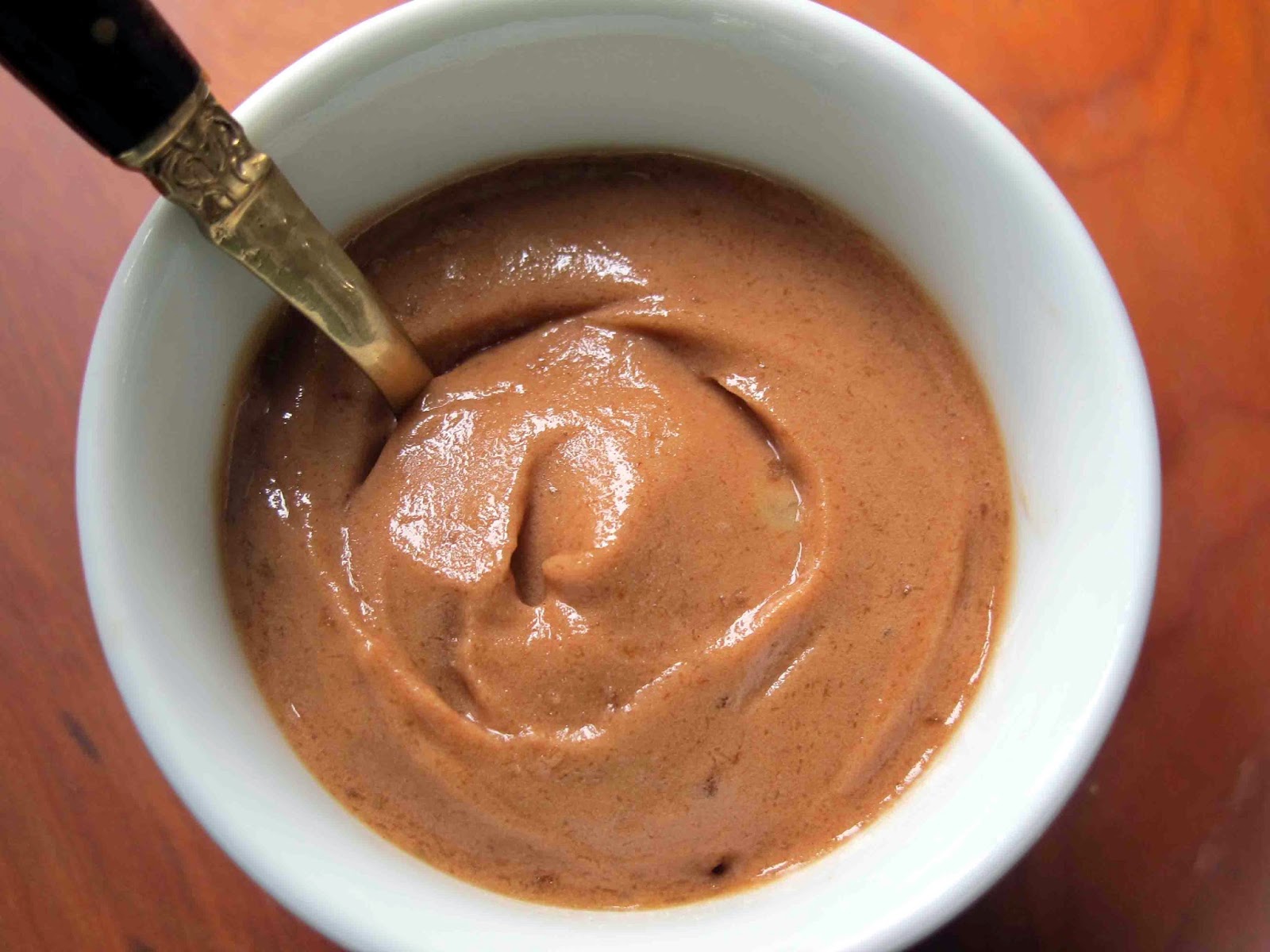 Trade Aid chocolate sauce by itself makes a nice ice-cream sauce but I also experimented and added some other ingredients.

The addition of a  little cream  ( about 2 tablespoons of cream to 4 tablespoons of the chocolate sauce) made it  somewhat more mellow and gave it a creamy milk chocolate flavour which kids like.

Then I  made  a more adult version:

This was especially nice with strawberries and ice-cream.

As there was some left over I put the remainder of this sauce to chill and thicken in the fridge, Then I stirred a generous tablespoon of it through a scoop of vanilla ice-cream (per person) and put it in the freezer to harden for at least an hour.It was a good way of turning a budget vanilla ice-cream (Pam's) into a more luscious tasting chocolate dessert.

Next time I may top it with crushed chopped toasted cashew nuts  and/or some grated Trade Aid chocolate.