Depot: The Biography of a Restaurant review 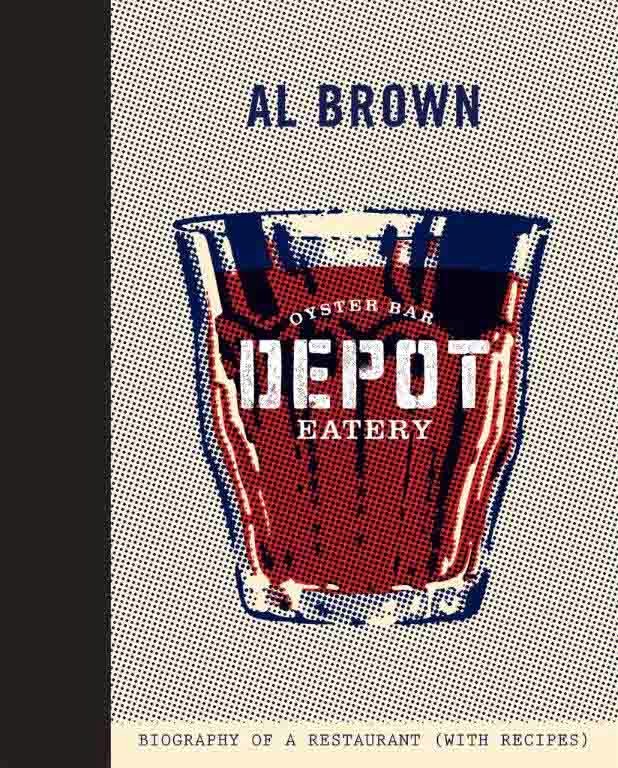 Depot: The Biography of a Restaurant is the feel good story of Al Brown’s  iconic and very popular city eatery and oyster bar. He shares all the secrets behind its success.


He had a clear mission

Al had fond childhood memories of the relaxed and generous kiwi hospitality he had experienced during summers spent at the family Bach.  His mission was to create a small informal restaurant where guests would be made to feel warmly welcome and have a similar experience. There would be no need to dress up. The crockery would be mismatched and the wine drunk out of tumblers. And the food would be genuine and unfussy: fresh and seasonal, cooked over charcoal on share plates.


He Put a Great Team Together

This included the architect, the furniture maker, the graphic designer, the manager , head chef,  waiters, kitchen staff and PA and social media expert. He values their talents, loyalty and team spirit.


A Hands on Boss

To Al his staff is part of his family. No distant father figure, he’s a hand-on restaurant-dad who is hugely enthusiastic and passionate about his role. And he loves waiting on the tables and meeting the customers several nights each week.

Al is a great raconteur and there’s a story behind much of his food. One story he tells is how early in his career he worked at La Luna in Montreal and had a massive crush on Brigitte, the restaurant’s gorgeous and highly talented French Canadian pastry chef. But no amount of his kiwi charm, manners or politeness could win her over. On her last day she kissed him on both cheeks and handed him a folded piece of paper, which turned out to be not to be her phone number as he had hoped but the recipe for her sugar pie. It languished in a drawer until he rediscovered it 25 years later and it is now the Depot’s signature dessert. A heart stopping recipe which contains 500 gm of brown sugar and 1 litre of cream!

Al believes that the words secret and recipe don’t belong in the same sentence. So he has very generously shared all of the 70 recipes which feature on the Depot menu including the turbot sliders, harissa lamb ribs, roasted groper belly and sugar pie .
Some are restaurant style recipes with quite expensive ingredients. But others are really easy to make. These are my favourites to cook at home.

This is the Depot’s most popular signature recipe. Almost every table orders them. A turbot slider is simply a baby fish burger with preserved lemon mayo and watercress,
The fish is cut into slider-sized portions, seasoned and cooked in a greased skillet or on the barbecue for a couple of minutes until caramelized and cooked through, Then these are stashed into  toasted slider buns with a dollop of Al’s  mayonnaise, a squeeze of lemon juice and a couple of sprigs of watercress

Al suggests that you shouldn’t eat the first of the crop. If you wait for a few weeks the asparagus will have more flavour and will be cheaper. In his simple but tasty recipe he makes a savoury butter by blending the pitted olives, lemon juice and zest in a food processor until smooth, seasons it with a little butter and leaves it at room temperature. Then spoonfuls of this are ladled on grilled asparagus which is then scattered with chives and finished with lemon zest and juice.

Al sees iceberg lettuce as part of our New Zealand Heritage and likens this crisp vegetable to nature’s vegetable sorbet. He slathers it with his ranch dressing and finishes it with cracked pepper.

Al boasts that the Depot’s tortillas are better than any you’ll find at any of Auckland’s Mexican joints. They’re certainly very easy to make .Our Grandchildren love tortillas, and as you can fill them with just about anything.  I’ll be making this recipe often.

All those who:
- Dream of opening their own café or restaurant. This would be an indispensable insider look on how to grow one.
- Have dined at the Depot. They would enjoy its backstory and have a great reminder of a great evening.
- Love Al’s Cooking Style. They will enjoy pouring over all of the Depot’s recipes which he has so generously shared and to try their hand at some of them.
Title:  Depot: The Biography of a Restaurant by Al Brown. RRP $70, published by Random House,


I wrote this review for the GrownUps website where it appeared on  6th Nov 2014
http://www.grownups.co.nz/read/living/our_people/edi-al-brown-shares-all
Posted by Shoot and Eat at 14:35