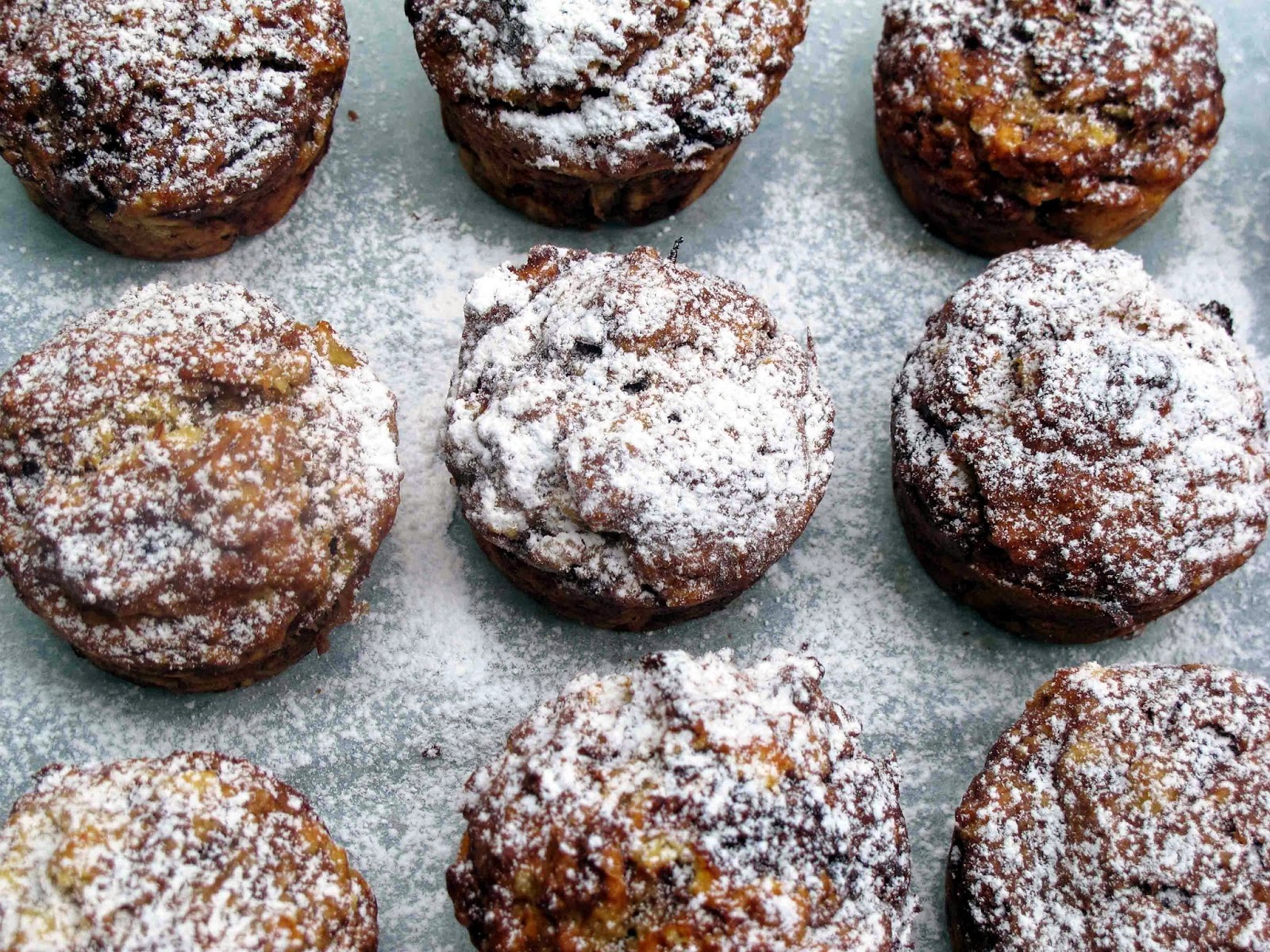 I was really pleased to discover a bottle of the new Trade Aid chocolate sauce at my local Trade Aid shop so decided to make some Fair Trade banana muffins and to swirl some of the chocolate sauce through the batter.
It is a thick sauce and it did not pour easily from the bottle which was a little disappointing.But once I had managed to scoop some out it worked really well in these muffins so would make them again as all who tasted them liked them.

That evening I used the chocolate sauce again as a topping for ice cream and strawberries. I sat the bottle of chocolate sauce ( which had been refrigerated once opened as suggested on the label) briefly in some hot water and it quickly became pourable, so problem solved!) Such an easy summer dessert!

Put the mashed bananas, egg, yoghurt  and vanilla essence in a bowl and  mix together
Add the flour, castor sugar and walnuts and stir in lightly
Add the chocolate sauce  and stir gently and briefly so that streaks of chocolate are still clearly visible.
Spoon the mixture into 12 medium sized muffin pans which have been lightly greased.
Bake at 20-25 minutes at 180 degrees C.
Leave to cool for about 5 minutes, then remove and sift some icing sugar over the top before serving.