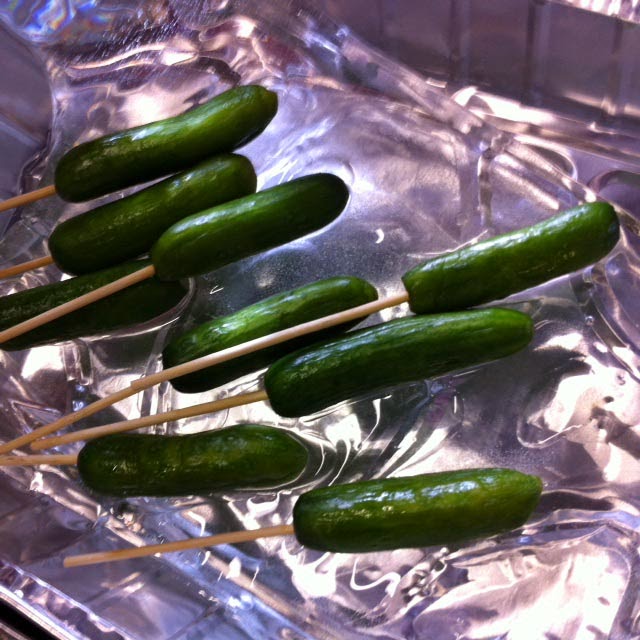 The many cultural festivals we have in Auckland each year are a very pleasurable way to pass the time, and an excellent opportunity to have a taste of the crafts, music, dance and street food from the many different communities who have settled in New Zealand.

Today, at the 'Cloud' was Japan Day and here I discovered Kyuri asa-zuke for the first time. Japanese pickles are different to ours and are not built to last. They are usually sliced and  marinated in a variety of pickling liquids and should be be eaten within a few days. They can be served as a garnish, a salad or at the end of a meal. Less commonly they are , like these kyuri asa-zuke , served whole, at a festival.

Although they looked rather alarmingly like green sausages I suspect they would be delicious so am keen to try to hunt down some thin skinned Japanese cucumbers and the recipe.

I would have tried them, but had already had my fill of pork dumplings and a scoop of gourmet Kohu Rd macha (green tea) ice cream.