Last weekend I went to the Auckland 2012 Foodshow. On the way around I took some pics of the exhibitors.

It was especially enjoyable to taste some new products. One of my favourites:The Little Paddock Ice cream which  came in five delectable flavours. 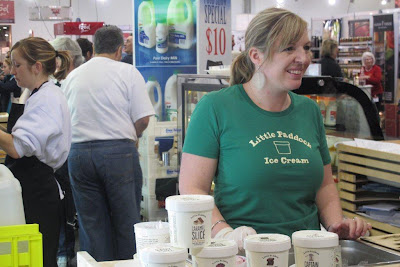 Granpa BB's muesli, made from a family recipe which has been evolving over several decades was an astounding mixture of 20 different healthy ingredients. 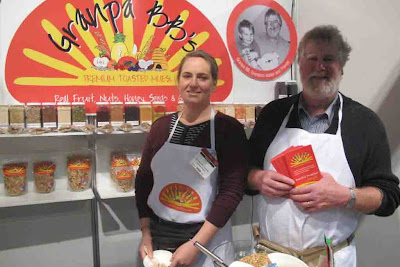 Equagold was back with a some lovely spices such as Ginger and their European Speculaas spice blend. 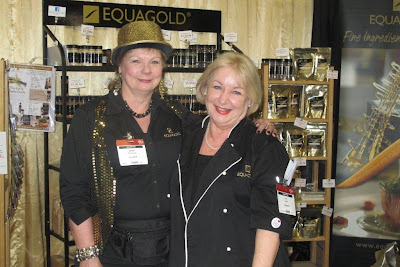 It's good to see how Asian food and beverages are increasingly making their mark at the Foodshow. Below is the sake stand with a costume to match. 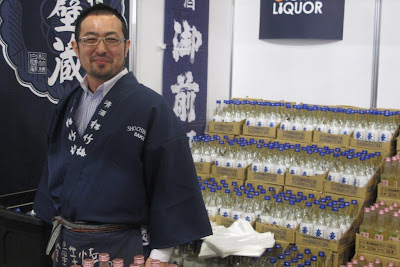 Dodoni served up seriously cute marble sized bambini bocconcini. I simply had to take some home. 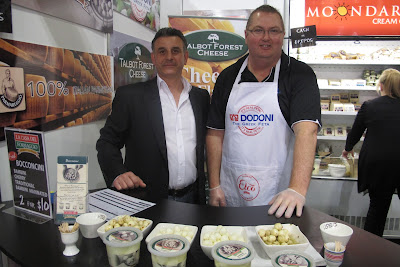 The Blue Coconut Team. Their coconut oil is pressed from coconuts grown in the Pacific 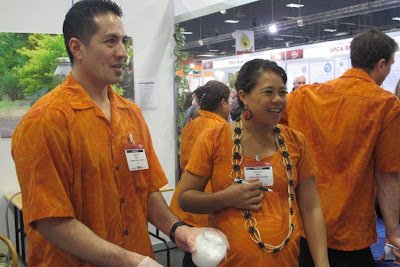 The Tefal Stand, Not only food but also the equipment used to create it has become a focus of the Foodshow. 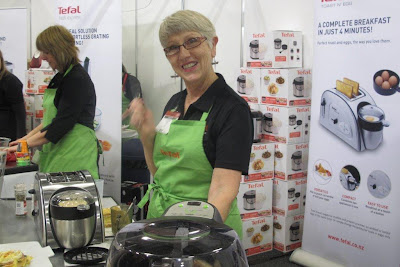 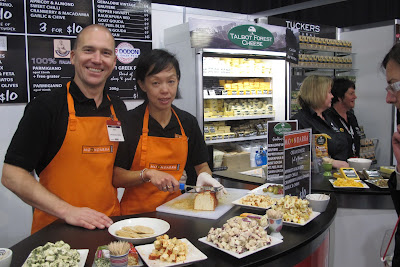 Cheese was plentiful at the Foodshow this year. It is almost becoming a mini cheesefest. 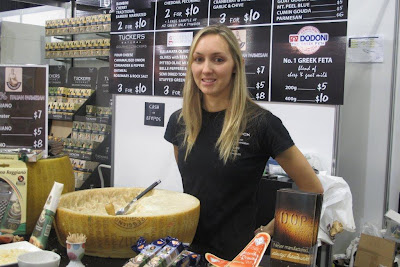 Berilla pasta has become a regular spot at the Foodshow. Not just generous tastings but also live cooking demonstrations. 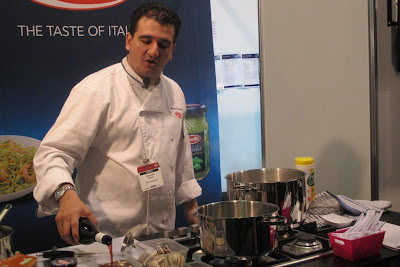 After walking around the Foodshow for a few hours the best way to revive was with an Atomic Coffee. 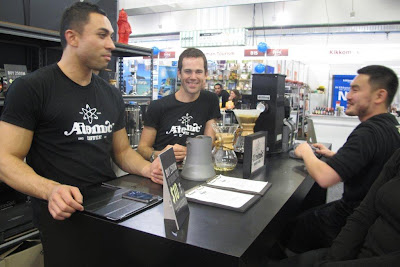 And here are the two most decoratively dressed exhibitors at the Foodshow this year. 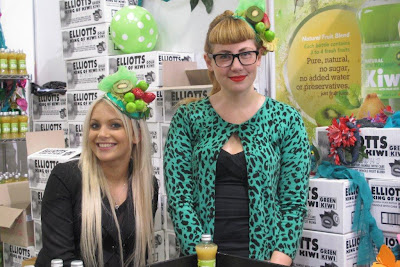