Cuitlacoche : Not For the Faint Hearted 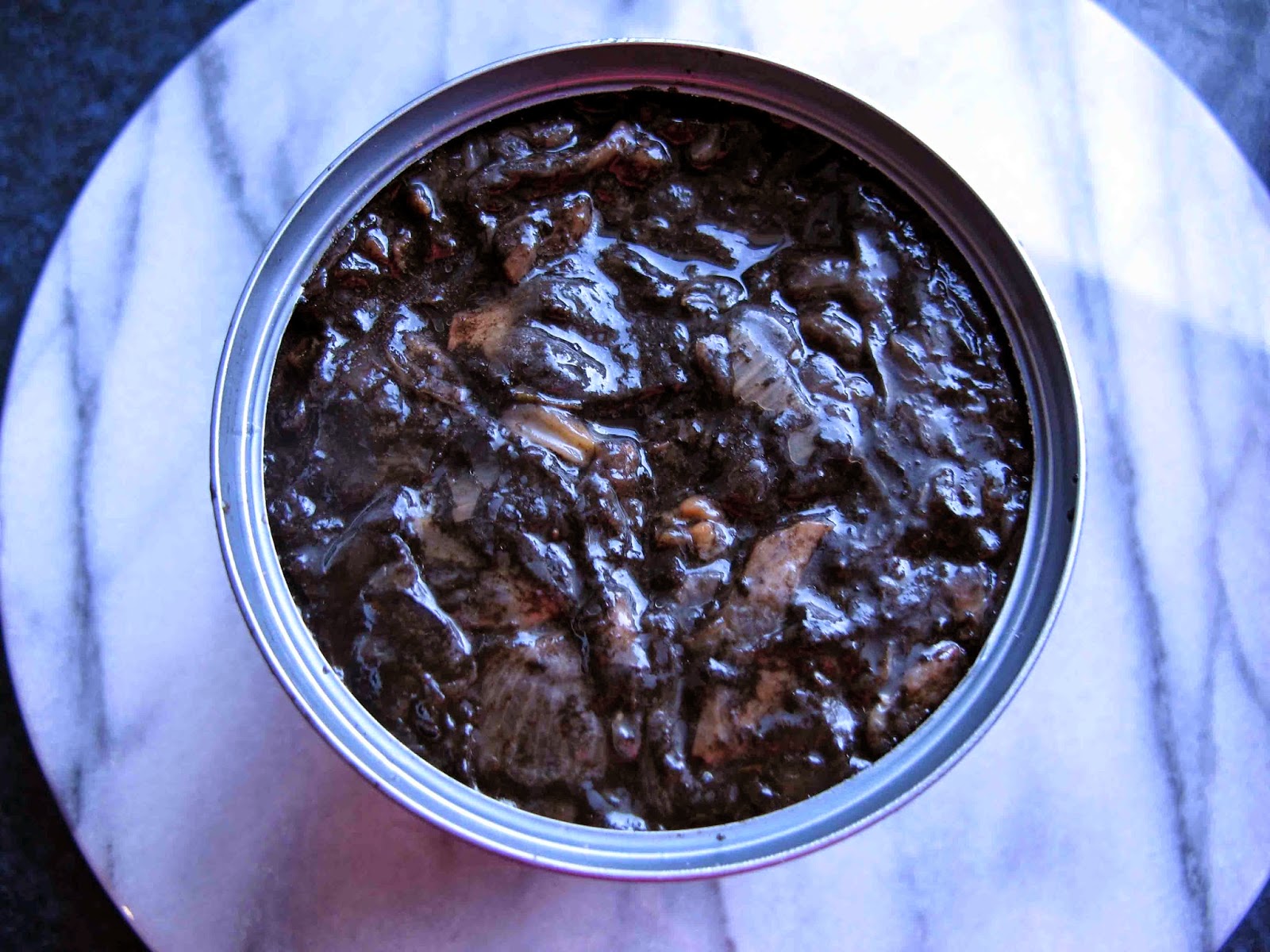 A can of La Costena Cuitlacoche:  full of a brown, slimy fungus but with healthful properties so not to be wasted! 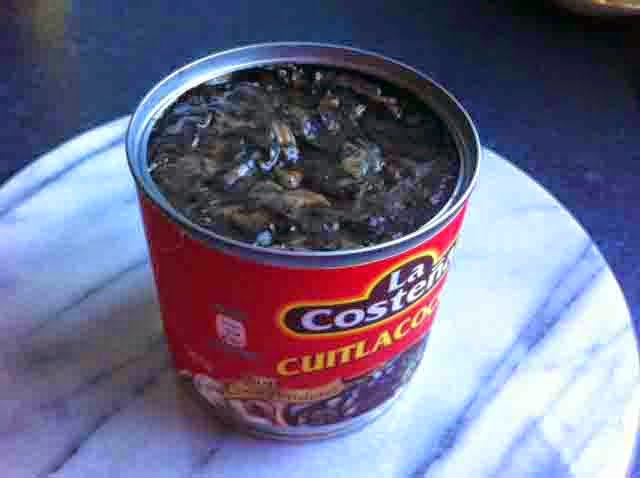 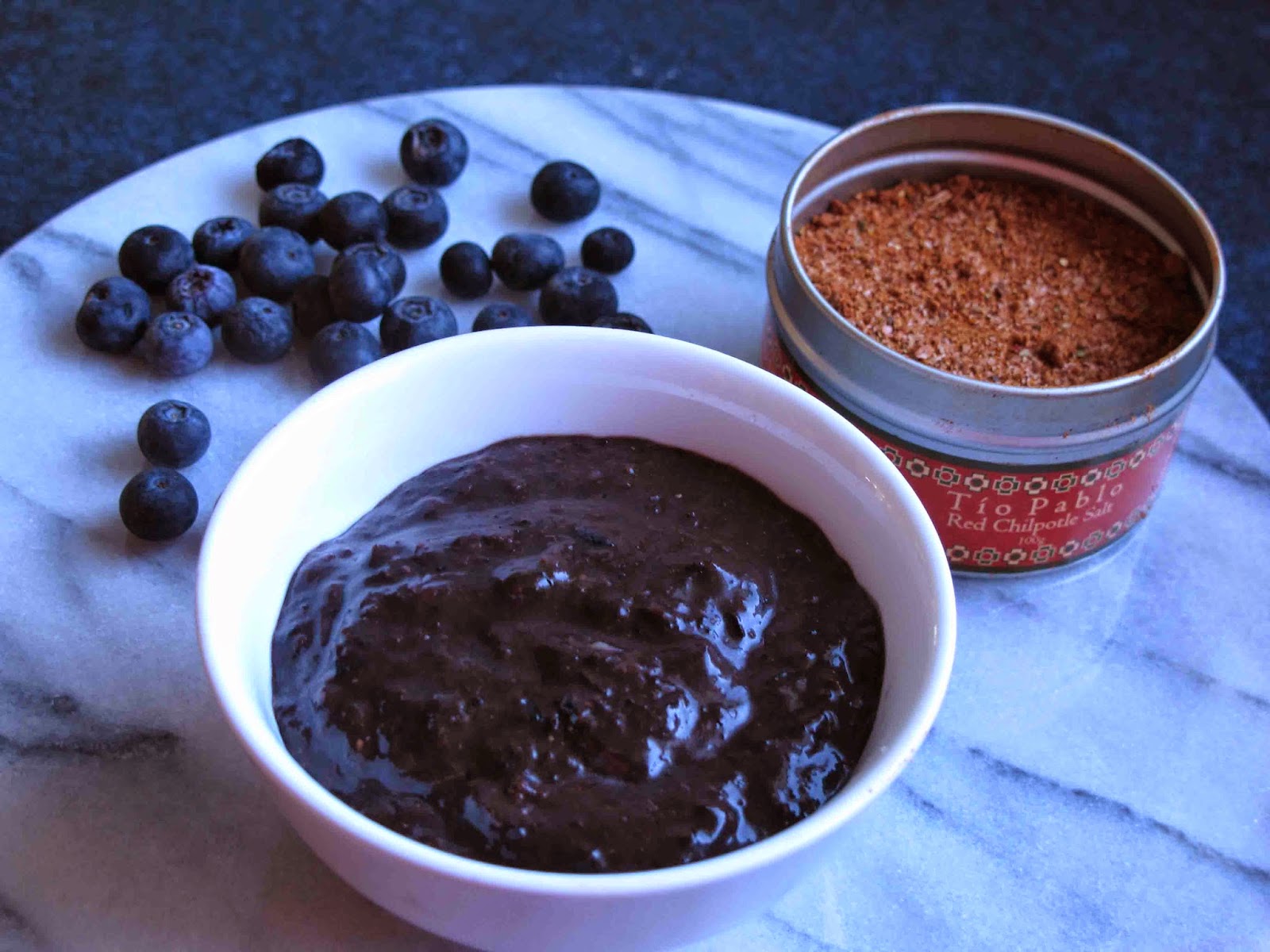 Whizzed with blueberries and seasoned with Tio Pable Citrus Chilli salt, it's starting to taste better! 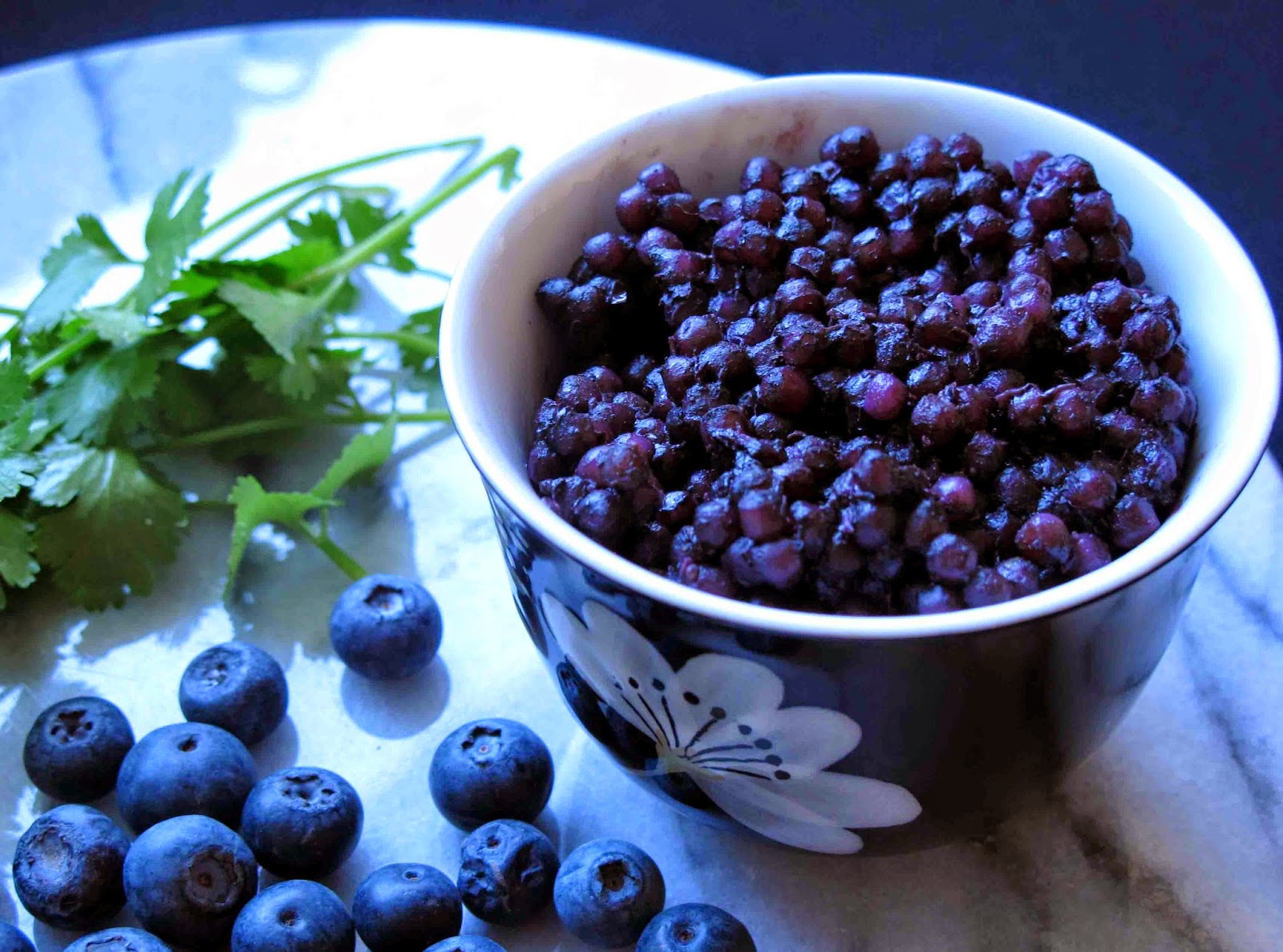 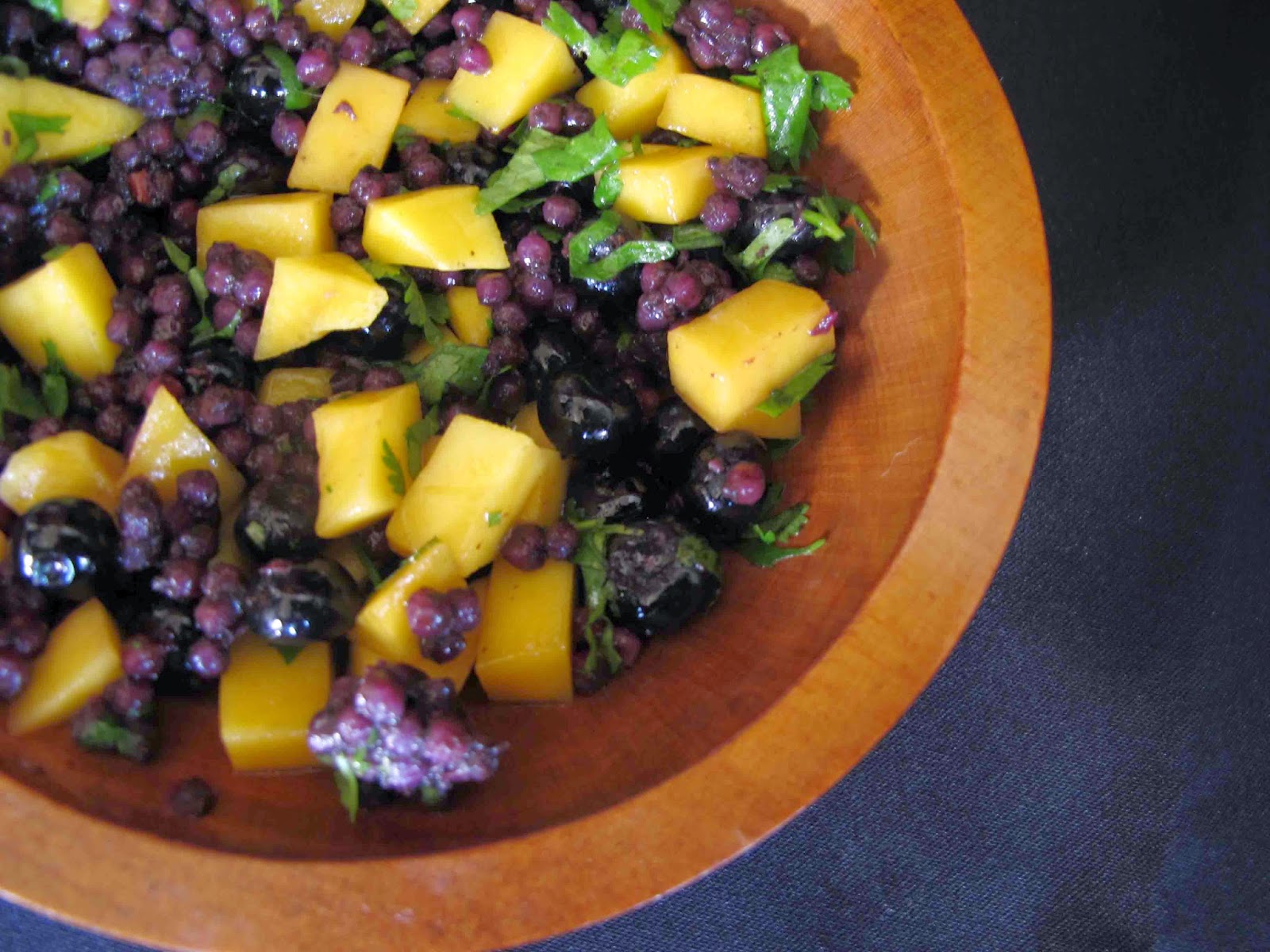 Cuitlacoche or  Huitlacoche is an ancient Atzec food , a fungus that grows on corn. A healthy food as it has one of the highest protein contents in the mushroom family.

It's all to easy to be put off by this blackish brown  mush with an unpleasant earthy smell. But I had said I would try it, so I did. The taste was not at all promising, rather like slimy mushrooms.

How could I possibly turn this into a tasty dish?

I wanted to retain the dark musty colour so I whizzed 1/2  cup of  La Costena Cuitlacoche with a small punnet of blueberries to add some fruity sweetness. It needed salt. In went one of my favourite condiments: Tio Pablo Citrus Chilli Salt.

It was beginning to take shape. But I wanted a more substantial dish.

At the back of my pantry lurked some toasted Israeli couscous. The toasty flavour would be good to add, and  it would hopefully  absorb the inky blue black colour which could make it look quite astonishing .

I fried 1/2 cup of the toasted Israeli couscous in 1 tablespoon of olive oil, added 3-4 tablespoons of the Cuitlacoche and blueberry sauce  and 3/4 cup of boiling water. In about 5-7 minutes , and with an occasional stir , the liquid had been absorbed and the couscous had reached the al dente stage. It needed a little more citrus chilli salt.

For a little more fruitiness and some contrasting colours golden cubed mango and chopped green  coriander was added as well as a few more blueberries. A dressing of a splash of olive oil and a very small squeeze of lime juice completed the dish.

Lunch was ready! And it tasted really good!