﻿
I watched Chef Mark Harman's workshop in the Kenwood Kitchen at the Auckland Food Show preview day. It was a real privilege to see such a talented chef at work and to learn some of the secrets of his restaurant cooking.
Over the last 18 years he has had a meteoric career. He has worked at Sky City Dine Restaurant, Huka Lodge, Bellota and a luxury hotel in the Caribbean. He once cooked for the queen. At present he is the executive chef at Salt restaurant.
He created two dishes for us. The first was a tortellini of ricotta and spinach, While his "sous chef" busied himself making the pasta dough Mark quickly whizzed the spinach and ricotta filling in a Food Processor (Kenwood of course)
I really enjoyed observing how he piped the filling onto the pasta circles and then shaped the tortellini by hand. They were prettily plated  up with a tomato sauce and a garnish of parmesan and micro herbs.
His second recipe was Roast Hapuka  with Basil, Parmesan and Panko crust , Buttered Spinach and a Riesling Beurre Blanc. This dish was somewhat more daunting but again he demonstrated and explained the process very clearly, step by step.
At the end of the session some of us were the lucky recipients of vouchers for one of his range of epicurean soups.The recipes were also handed out.  Now that I know how, I should be able to recreate them at home although I suspect that my tortellini would be a pale shadow of his.
The Kenwood Kitchen workshops are free with the entry ticket, and are great value. A highlight of the Food Show! 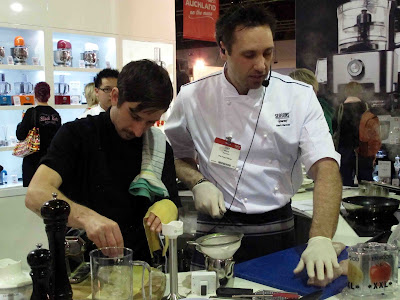 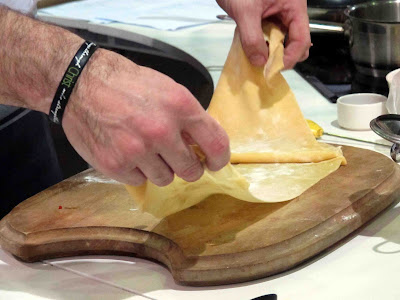 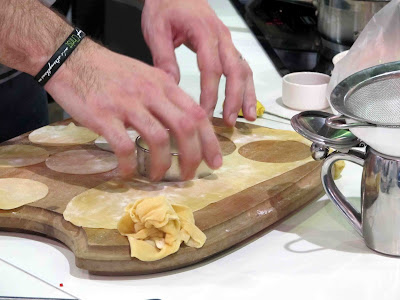 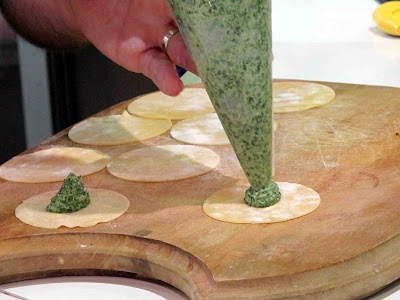 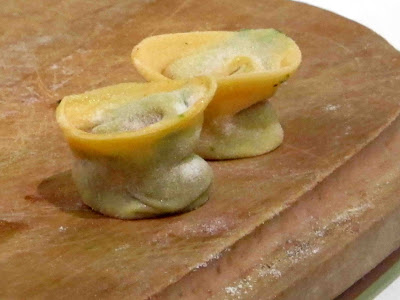 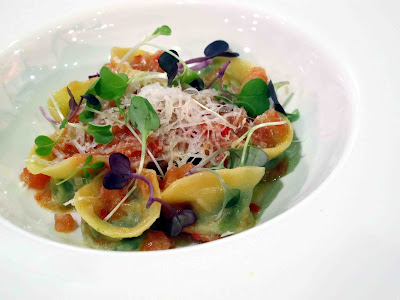 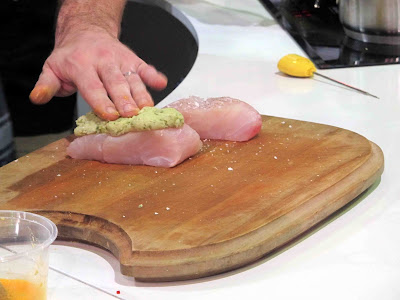 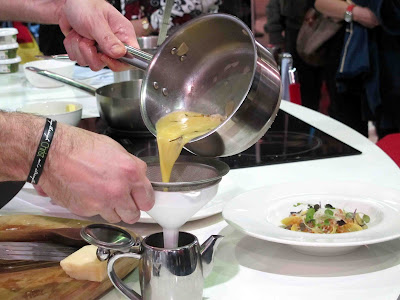 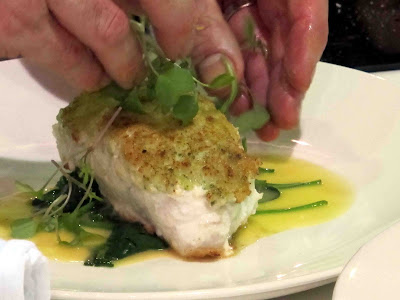 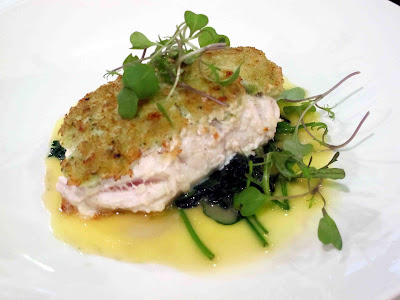