Frank Sargeson's kitchen in what was once the family bach on Esmonde Road has been lovingly preserved . Is is an expression of a creative man who chose to  live a humble life, but also valued his home comforts. In his garden he grew all his own fruit and vegetables and enjoyed  turning out a good meal made from his own produce, often for friends as well.
For many years in this bach he aimed to produce work "which would be marked by an individual flavour: there would be a certain quality which would be recognised as my own and nobody else's.'  Aims which he achieved admirably.
I was lucky to go on a literary visit here recently which was organised by the North Shore Library. 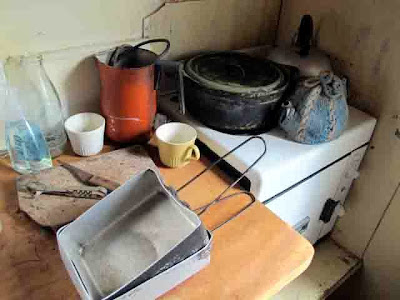 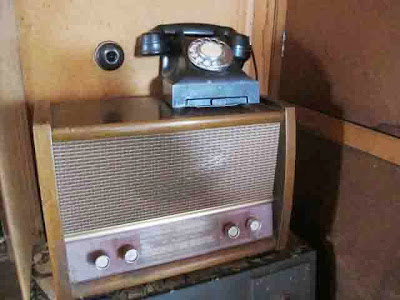 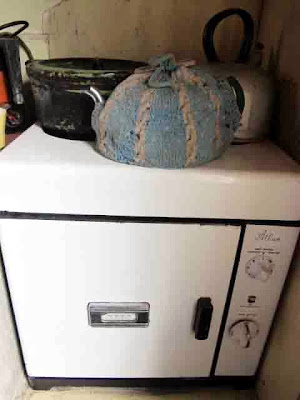 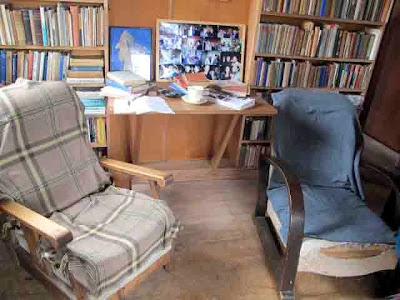