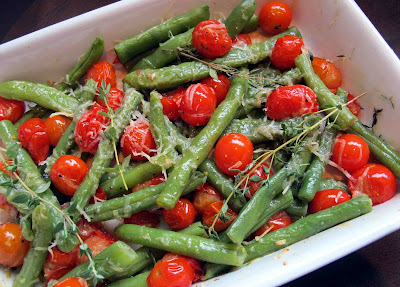 Last week I was down in Invercargill and had the opportunity to visit one of the Blue River Dairy Farms. While most kiwi farmers grow sheep only for their woolly coats and meat here they have embraced the ancient Mediterranean farming practice of sheep milking.

But this is not about shepherds tending small flocks and hand milking them. The Blue River Dairy team have embraced modern technologies.

I watched as large flock of sheep was efficiently herded into their state of the art milking shed, Above each sheep a small LED screen showed and recorded exactly how much milk it produced.

I took home some of their Curio Bay Pecorino, a hard cheese which was a 2010 Silver Medal winner in Cheesefest.Once made this cheese is left to mature for 5-7 months. Underneath its natural rind it is the colour of yellow straw and has a very distinctive taste.

Back home there was a plentiful supply of cherry tomatoes waiting to be picked and our neighbours kindly dropped off some of their surplus greenbeans . With the addition of a splash of olive oil, some sprigs of fresh thyme and some grated Curio Bay Pecorino cheese these were soon transformed into a colourful and tasty vegetable dish.

2. Toss the cherry tomatoes and sliced garlic in a couple of tablespoons of olive oil.

3. Place the tomatoes in a greased ovenproof dish in a single layer

5. Scatter some sprigs of thyme over the top.

7. In the meantime bring salted water to the boil.

9. Boil the green beans for 6 minutes.

10. Stir them through the cherry tomatoes.


12. Bake for another 10 minutes until the cheese is crusty and golden.
Posted by Shoot and Eat at 13:47