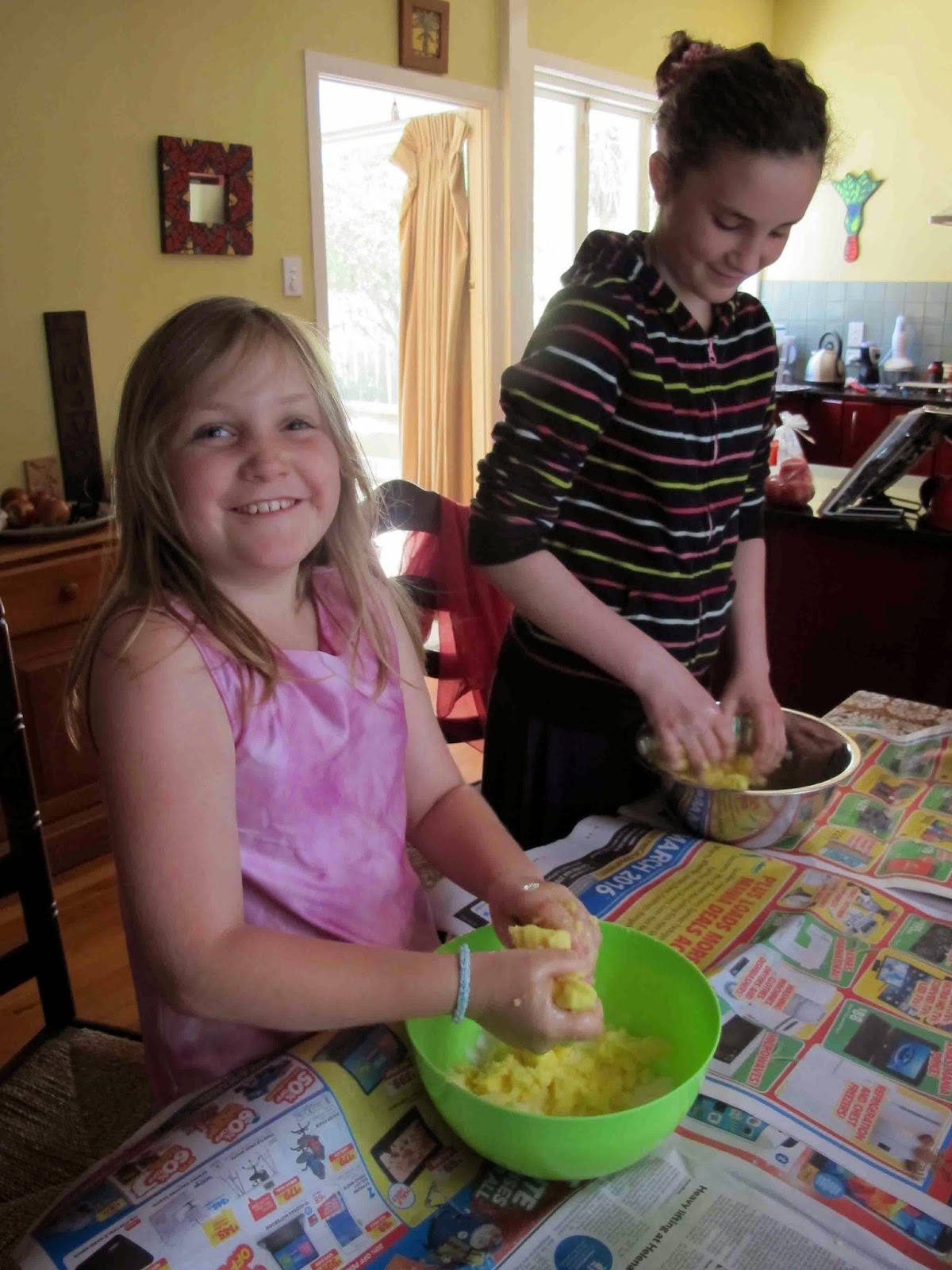 Carrying on the family tradition Emily and Becky are making a batch of shortbread under their grandfather's watchful eye.

He has perfected the art of making shortbread with children and grandchildren over the years. His shortbread is a dense and crunchy version of Edmond's. He always replaces the icing sugar with castor which makes it more crunchy. This he declares is how it should be.

Creaming the butter and sugar is not something he has ever done in his life and he says he never intends to. Why bother? He's not after light as a feather shortbread.

So it's just a matter of putting all the ingredients into a large bowl, kneading them firmly together , rolling the dough into cylinders and letting it chill in the fridge for a while.

When the dough has cooled down it is cut into 1 cm slices.No need for baking paper. The shortbread is put directly onto a greased oven tray and baked at 180 degrees for about 15 minutes . Delicious!