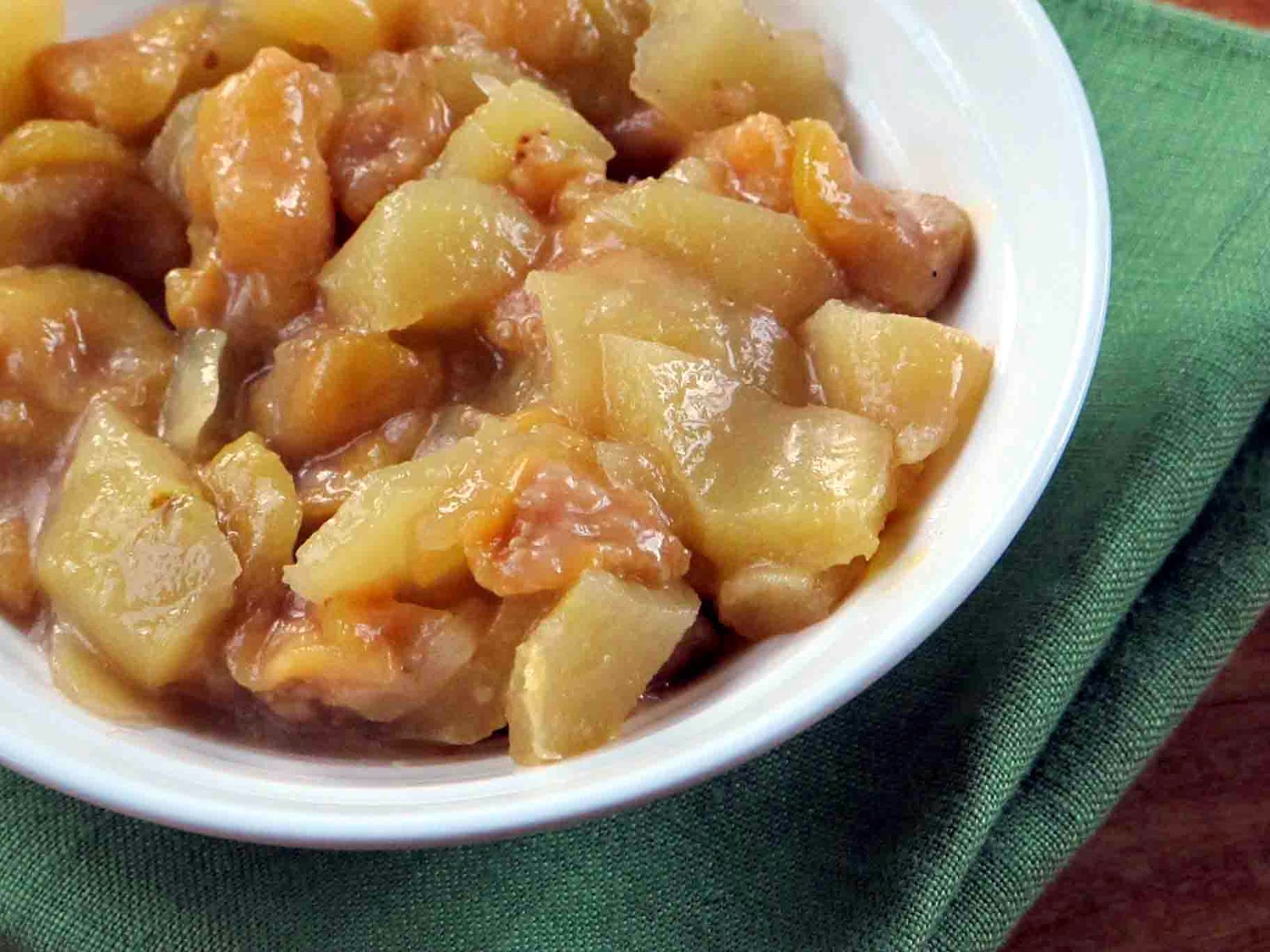 
As a rule I don't cook in the microwave, not because I am worried that this kind of cooking can be harmful but because most food just tastes better when cooked by other means. Occasionally I make an exception as for this feijoa and apple sauce which is so easy, tasty and versatile.

To make it I simply put the flesh of about fifteen well ripened large feijoas and three peeled and sliced Braeburn apples into a lidded pyrex dish . There is no need to add any extra water as the feijoas are sufficiently juicy.

Microwave  on high for about 10 minutes. By this stage the apples will be tender.Then  stir in 1 tablespoon of butter and two of brown sugar. Adjust the sweetness to taste.

So simple but the addition of the butter and brown sugar gives a  it a mellow caramel flavour.

Good served warm with vanilla ice cream or Greek Yoghurt but it can also be a base for a crumble or apple and feijoa sponge pudding.