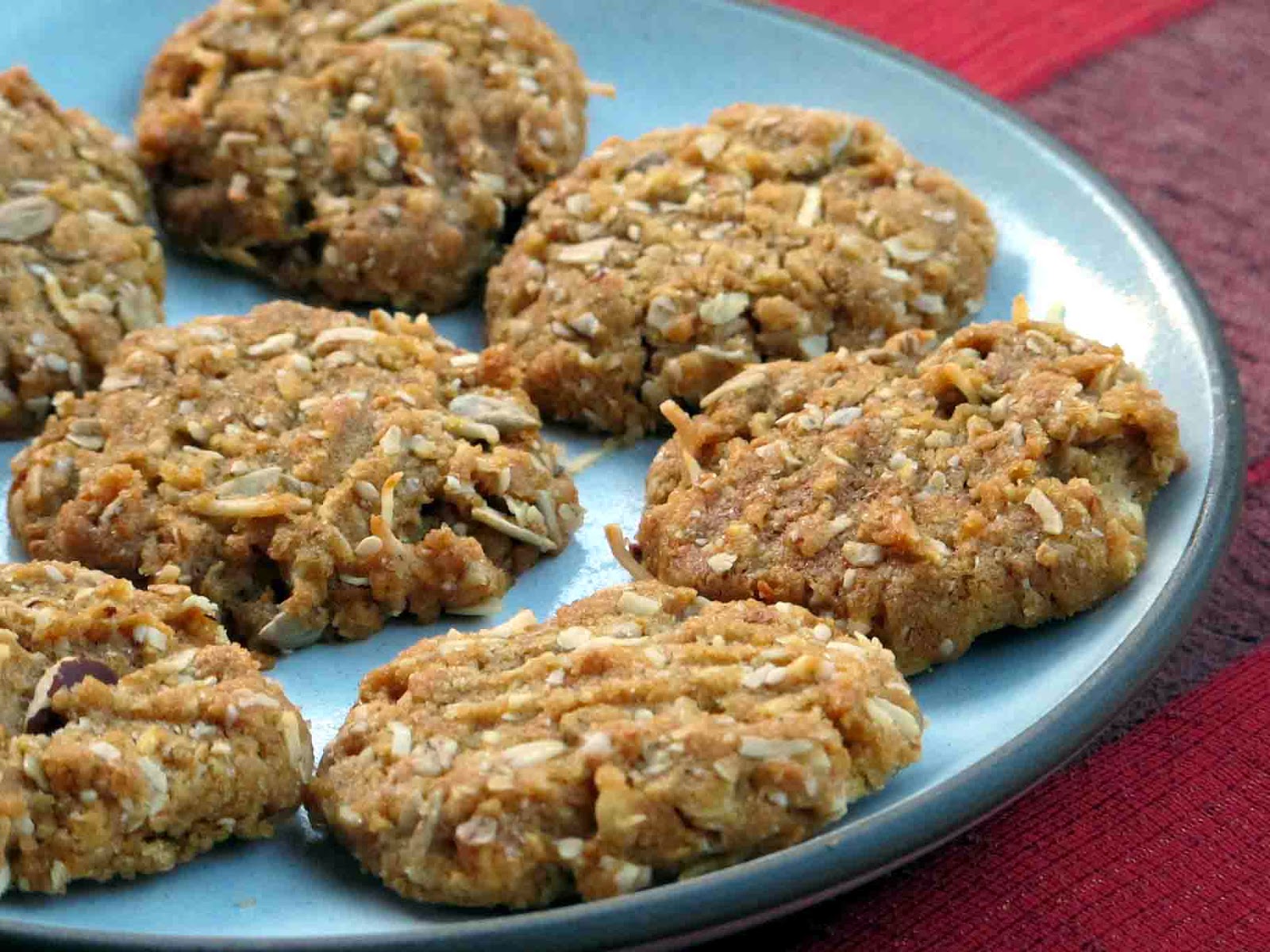 "Biscuits. Army Biscuits! Consider the hardness of them. Remember the cracking of your dental plate, the breaking of this tooth, the splintering of that"

This quote from Ormond Burton is not about Anzac biscuits as you might think.

The myth  that Anzac biscuits were sent and eaten by the troops in Gallipoli has been exploded by staff at the National Army Museum. It was not Anzac biscuits they got to eat but a standard Army biscuit, a rock hard tooth breaker  called the ship's biscuit.

A great many Anzac biscuits were however lovingly  made to raise funds for the war effort at home.

The are still a great biscuit to make, especially on Anzac Day. Here is my version. Using shredded coconut , instead of dessicated, gives it more texture.If you want to cut down on the sweetness use the smaller amount of sugar.


Instructions:
In a saucepan melt the butter, vanilla essence and golden syrup over a gentle heat
Mix the boiling water and baking soda in a cup and add.
It will froth up.
Pour  into the mixed dry ingredients.
Stir together well
Roll into small balls
Put onto an oven tray lined with baking paper leaving plenty of space inbetween.
Bake at 170 degrees C for 12-14 minutes