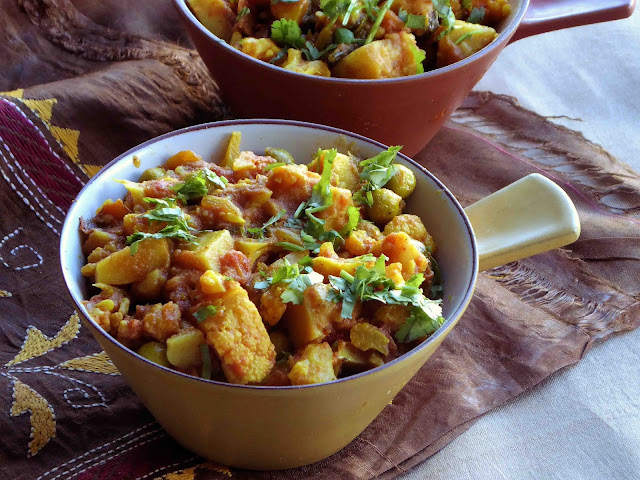 This Aloo Gobi was based on a recipe out of Chop Chop by Brett McGregor (winner of the original NZ Masterchef) . Aloo Gobi is one of his favourite dishes. which became a staple during his time travelling around India. It makes a good vegetarian/vegan dish served with naan ,
The original recipe did not have peas. I added them straight from frozen and let then simmer in the liquid for a few minutes at the end.

The quality of the Garam Masala makes a big difference to this recipe. Newly home made or recently bought from an Indian food market will lift the flavour. While Garam Masala which has been lingering for a few months ( or even years) in the pantry could ruin it.The recipe made a substantial quantity which kept well in the fridge for the whole week.

I had to do some post processing as the colours were not true to life. Some playing around with the colour balance and the brightness and contrast sliders made a big difference.