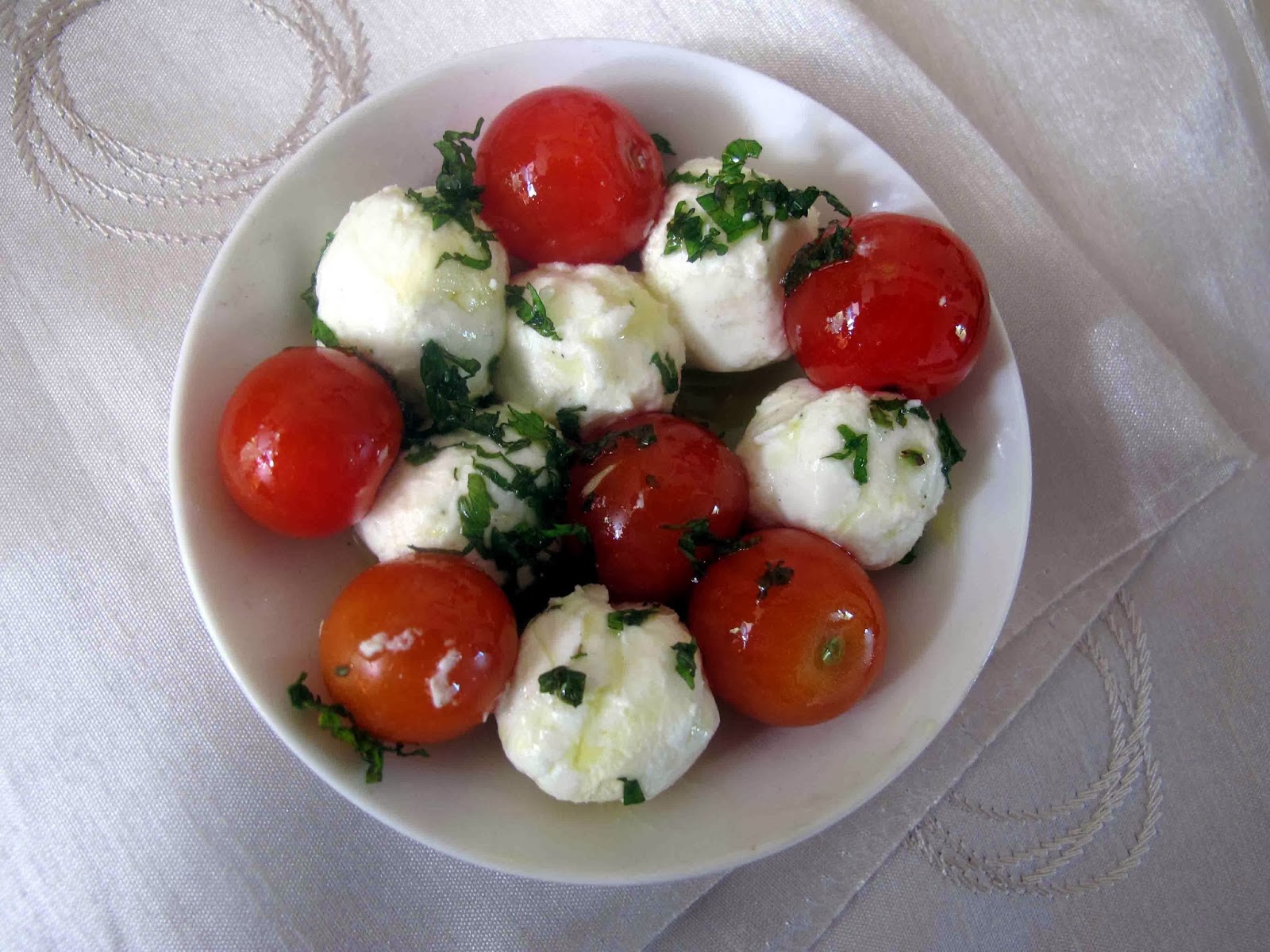 Cherry tomatoes ripen abundantly each day in our garden at present. The best way to eat them is freshly picked from the vines. But sometimes I like to ring the changes. This morning I served them with labneh cheese balls.

Using the best olive oil and yoghurt you have on hand will make a great difference to this simple recipe. I used some Taihoa Tides Extra Virgin Olive Oil with a spicy aroma from New Zealand's North Eastern Coast and Cream topped Clearwater's yoghurt from the South Island.

To make the labneh cheese balls you have to start the night before. Line a large sieve with muslin/cheesecloth and balance it over a bowl . Actually I didn't have muslin so I improvised by folding some paper towels and changing them every hour or so when they got very damp. Previously I have also used a chux cloth ( doubled over) which is better as it allows the liquid to drain away easily and it is sturdier than paper towels.

Quite a lot of liquid will drain from the yoghurt and it will gradually firm up. After a few hours you can use it as a dip with some olive oil dribbled over the top. But I wanted it firmer so it could be rolled into balls. So I left it to drain overnight in the fridge. By morning the labneh was firm enough to roll.

I made the balls the same size as the cherry tomatoes , poured some olive oil over the top and sprinkled them with mint.
Delicious and healthy with some toasted ciabatta. Salt and freshly ground pepper are optional.