It's been a pleasure to try Tio Pablo's  three new tortilla flavours: red jalapeno, green jalapeno and red chilpotle.
I  let my imagination roam and created these tasty  recipes with them . Each one makes a great little breakfast or brunch.
I like to serve them on a plate with the topping spooned in the middle. You can then choose to eat them with a knife and fork but it's more fun to fold them over and eat them in your hand (with a stack of paper towels or serviettes handy)
Before adding the topping I heated each tortilla on both sides in a hot frying pan.
Dribbling a flavoured oil the tortillas before or after adding the topping was my daughter Kate's idea. I agree, it makes them more moist and flavoursome. 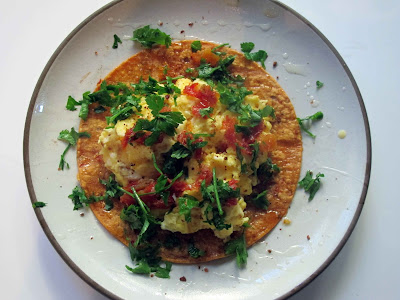 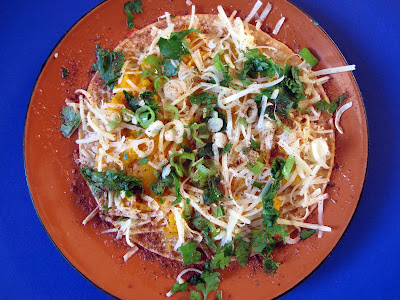 
For this I mashed some pumpkin with finely grated ginger, smashed garlic, a splash of cream and freshly ground Himalayan rock salt and spread this mash generously onto a warmed Tio Pablo red jalapeno tortilla. Then garnished it with shredded parmesan,  chopped coriander and parsley. A sprinkle of Tio Pable red chilpotle salt was added before a final drizzle of macademia oil. 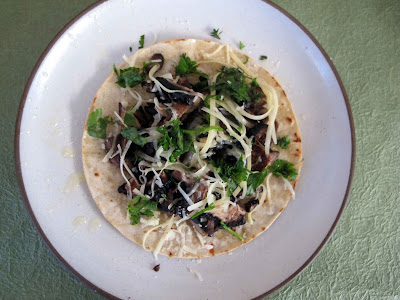 This was my favourite. To make it I fried some portobello mushrooms and crushed garlic in a little butter and heaped these onto a Tio Pable green jalapeno tortilla. I drizzled over some hazelnut oil ( which I think really complimented the earthy flavour of the mushrooms) . Then added plenty of shredded parmesan, and a  garnish of coriander and flat leaved parsley.